Do you need a domestic violence lawyer in Springfield?

Domestic violence can take many forms. In Missouri, adult abuse can include assault, battery, coercion, harassment, sexual assault, unlawful imprisonment and stalking. Charges of domestic violence in the Springfield area — whether emotional or physical — can carry very stiff penalties.

Because of the dynamics involved, domestic assaults are some of the hardest cases we handle at MRD Lawyers.

Domestic assault is, by its very definition, family or family relations. It is much more complicated than a police officer showing up and taking a report. It goes deeper than that. So when we get involved in a domestic assault case, we’re looking at how we can help.

We’re going to deal with the court case, that’s important. But we don’t want you back in our offices with the same thing. If we can solve the problem at home, we can often solve future legal problems and that’s our goal.

There are rules to go along with criminal court. Sometimes there are bond conditions. People may not be allowed to have contact with those involved in the case. If that’s the case we try to figure out if that’s appropriate, or do we need to address those bond conditions and try to create contact through counseling or other means and those are case-by-case sort of situations.

If you face a domestic violence charge, it’s important you get the best legal representation you can as quickly as you can.Ultimately, our goal as a firm is to help the families involved in these difficult situations as best as we can, and find a good outcome for our client.

1.  A person commits the offense of domestic assault in the fourth degree if the act involves a domestic victim, as the term “domestic victim” is defined under section 565.002, and:

(1)  The person attempts to cause or recklessly causes physical injury, physical pain, or illness to such domestic victim;

(2)  With criminal negligence the person causes physical injury to such domestic victim by means of a deadly weapon or dangerous instrument;

(3)  The person purposely places such domestic victim in apprehension of immediate physical injury by any means;

(4)  The person recklessly engages in conduct which creates a substantial risk of death or serious physical injury to such domestic victim;

(5)  The person knowingly causes physical contact with such domestic victim knowing he or she will regard the contact as offensive; or

(6)  The person knowingly attempts to cause or causes the isolation of such domestic victim by unreasonably and substantially restricting or limiting his or her access to other persons, telecommunication devices or transportation for the purpose of isolation.

2.  The offense of domestic assault in the fourth degree is a class A misdemeanor, unless the person has previously been found guilty of the offense of domestic assault, of any assault offense under this chapter, or of any offense against a domestic victim committed in violation of any county or municipal ordinance in any state, any state law, any federal law, or any military law which if committed in this state two or more times would be a violation of this section, in which case it is a class E felony.  The offenses described in this subsection may be against the same domestic victim or against different domestic victims.

As domestic assault in the fourth degree is a class A misdemeanor, a conviction can result in jail for 1 year or less and up to $1,000 in fines, as well as any subsequent fees or court costs.

1.  A person commits the offense of domestic assault in the first degree if he or she attempts to kill or knowingly causes or attempts to cause serious physical injury to a domestic victim, as the term “domestic victim” is defined under section 565.002.

2.  The offense of domestic assault in the first degree is a class B felony unless in the course thereof the person inflicts serious physical injury on the victim, in which case it is a class A felony.

Abusers can also be charged with terrorizing their victims with acts such as:

WHAT OUR CLIENTS SAY ABOUT US

This law firm is outstanding. Quick to make an appointment and very helpful on the situation I’m going through. I highly recommend MRD lawyers. Very professional and informative. Don’t hesitate to give them a call! They are awesome!

Matt Russell and staff are Down to earth, genuine human beings who made me feel like they really cared about my individual case. Matt made a lasting impact on my life with the results he was able to provide. Very satisfied client; highly recommend.

Matt Russell and his staff are truly amazing. I am so happy to have Matt helping us. He is very honest, caring and has been so helpful with everything. I am so glad that I found Matt. He is very genuine and over all a good guy to have on your side.

Matt and his team exceeded my expectations in every way. Legal issues are in no way pleasant but I was made to feel well-represented, informed and respected during the entire process.

I hired Russel Dempsey for my DWI case and from the beginning he was very professional and easy to deal with. He was able to break everything down for me and basically tell me how things would go. It was the first time I was in trouble with the law and he helped me understand what was going on and could answer any question I had. I received the news today after two longs years of my case being drug out (not Russel’s fault) that my case has been dropped. I 100% recommend him and his practice.

Where do I start? I thought I was going to have to plead guilty!! That was over a year ago. Fast forward to today and I just got news that case was dismissed!!! If it was not for the diligence and expertise of Matt Russell that would not have happened. The staff is always super friendly and great at sending reminders for all court dates etc. Nobody wants to go to court, but if you do you want it to go as smoothly as possible and you want to be represented by the best....and that's MRD lawyers.

Matthew was awesome! He was able to take care of my ticket and he was very responsive with all my inquiries. I would recommend MRD Lawyers to anyone who’s having any legal troubles.

Can't say enough good things about Matt Russell. Very professional and gets things done. Very friendly and just awesome all around if you go anywhere else your wasting your time and money. Thank you again Matt you freaking Rock man!!!

Matthew is truly one of a kind. Definitely does not fit the stereotype of your typical lawyer. He has gone above and beyond to help out me and my family. . Will always be grateful to Matthew for the kindness he showed me

An extremely effective law firm that individualized my case, provided options and expectations and got results.

So I decided to do some research on the law firm,I discovered that they help with the overflow for the public defenders office.its nice to know that not all court appointed lawyers work for the state and I like companies who help those in there community.

I would highly recommend working with MRD Lawyers. Russell was extremely kind, knowledgeable, and understanding of my circumstances and helped explain everything to ensure that I understood my case and what my options were. I was pleasantly amazed every time we met to discuss where we were at and the next steps. I went into everything expecting the worst but Russell helped to calm my nerves and ensured that I received the best resolution to my case while also exceeding my expectations!

If you're here unfortunately you're in need of a lawyer... No need to look any further! Matthew works as hard as can be to get you the best possible outcome for your case!

Mr.Russell did such a good job with my case. I was amazed with how familiar he was with the judge and prosecutors, I mean that in a good way. I have never seen any lawyer make a judge laugh and it made me much more comfortable when he did. I owe a huge thanks to the whole firm for helping me, they were extremely responsive even when I was residing out of state. The communication system that they have with their emails and easy access was all around well organized and quick. Thanks Matt! God bless you guys.

Send Us Your Message and we Will Contact You. 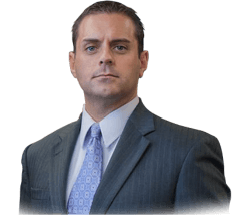 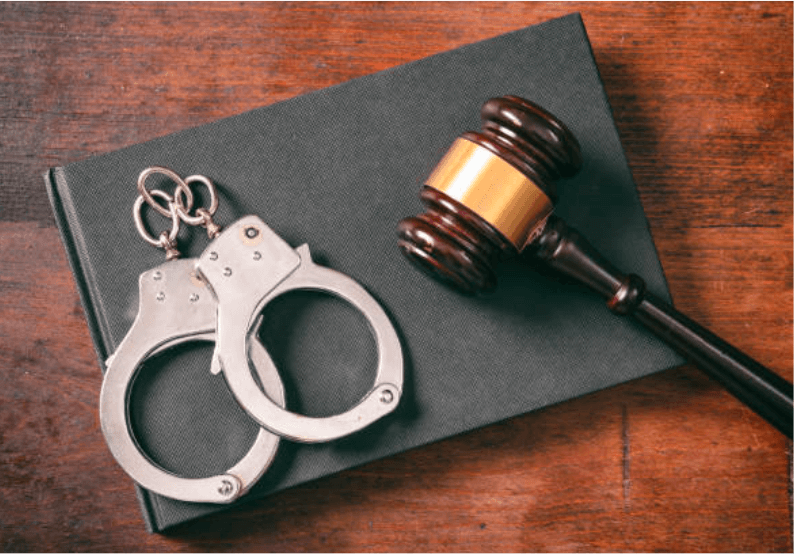 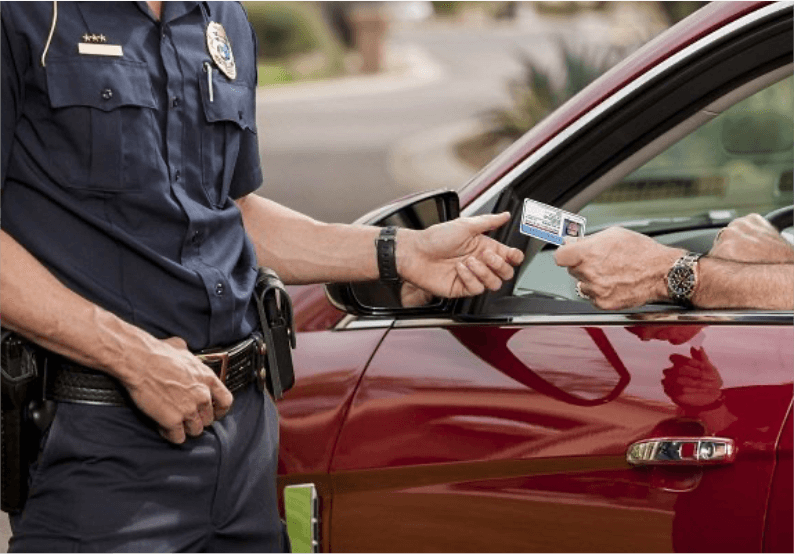 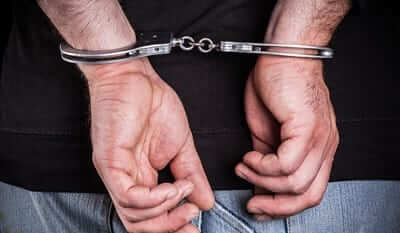 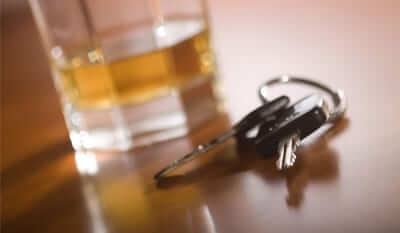 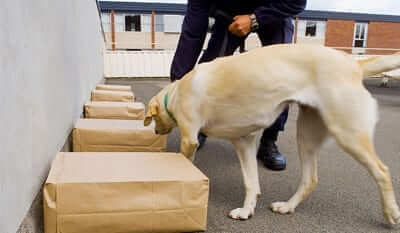 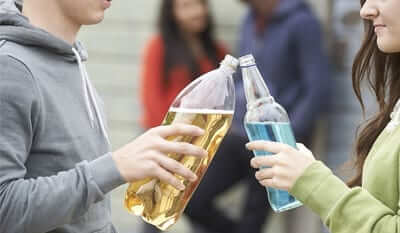 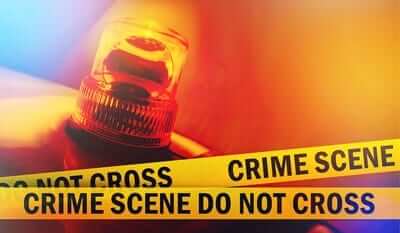